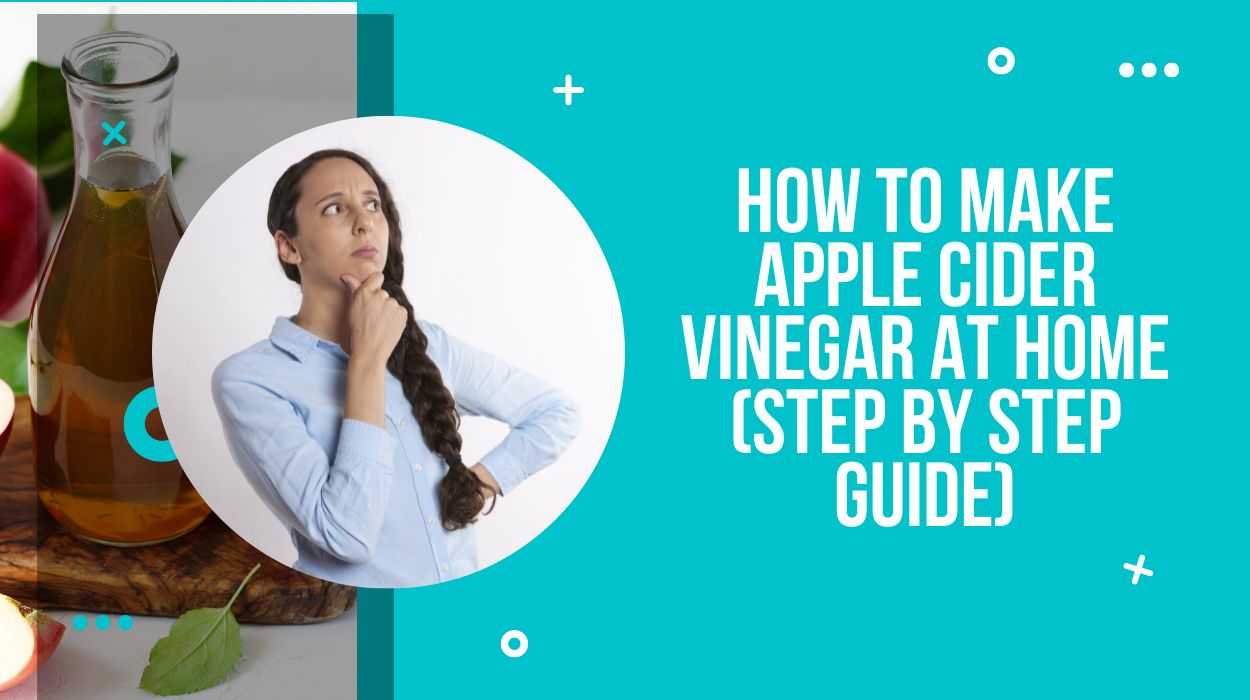 A jar of apple cider vinegar is probably more versatile than your imagination! Sprinkle a little on salad for salad dressing, and spray a little on your mattress to use it as an excellent cleaning agent.

The good news is that you can easily buy Apple Cider Vinegar from the market. However, store-bought ACV (Apple cider vinegar) is not beneficial as most nutrients get diminished during production.

That is why making ACV at home is healthier and valuable. Although it is a bit long process, it is not complicated and straightforward.

Please read the article to know how to make ACV, DIY style and its benefits!

What is Apple Cider Vinegar?

Apple Cider Vinegar is an apple juice with yeast that turns the sugar in the juice into alcohol through a process known as fermentation.

The addition of yeast and bacteria in the second level of fermentation turns the alcohol into acetic acid. That is why apple cider vinegar has a sour taste and strong smell.

It gets used in cooking, baking, salad dressings, and as household cleaning agents. However, lots of acid in it makes it unsuitable and unhealthy to drink straight. Therefore, it is best to add 1-2 tbsp of ACV in water or tea.

Enough about ACV! Let’s get started with how to make it at home.

Apple Cider Vinegar is easy to make at home without spending much! My mother always makes it, so I asked her the recipe.

It is a bit time-consuming, but it will be worth it; only make sure to have patience and excitement. Before making ACV, let’s know what ingredients are required to make it at home.

Only this much you need! Now, making apple cider vinegar involves seven steps; so, let’s not waste time. 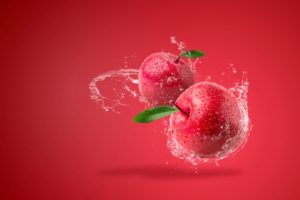 It is best to use good quality apples, and good quality means good taste to make apple cider vinegar. After buying apples, you must thoroughly wash them under cold running water.

Nonetheless, scrub everything that you don’t want to get floated in your vinegar.

Now, cut the apple into small pieces without removing the peel. You may not know, but apple peels are rich in antioxidants which are highly beneficial for us.

Step 2: Put the Apples in the Jar 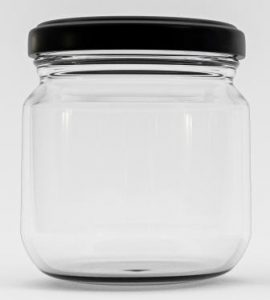 Now, it’s time to put the chopped apples or apple scraps into the jar. Keep in mind to use a glass jar and avoid stainless steel or metal container.

It is because after the vinegar is ready, the acid in it can damage the steel jar. And metal containers can add a metallic smell and taste to the vinegar, which nobody wants.

The next step is to place the apples into the jar (fill only ¾ of the pot) and add filtered water till all apples get covered in water.

Do not use tap water as it contains chlorine that can chlorinate your vinegar and kill yeast and bacteria, making it less potent. Also, if any apple doesn’t get covered with water, then it will rot.

After adding water, add cane sugar into the jar. Sugar is essential as it will get converted to ethanol during fermentation. (Add a tbsp. of sugar for each apple)

Cover the jar’s lid with a coffee filter or a cheesecloth and put a rubber band on it to tightly cover the jar.

It is an essential step as the mixture releases carbon dioxide during the fermentation process. The cloth will help carbon dioxide to escape and also helps fresh air to enter the vinegar and nourish bacteria and yeast.

Once you cover the jar, the first fermentation process starts. It is best to keep the jar in a dark and warm place. Keeping it in the storeroom where no sunlight enters is the best place.

You have to stir the mixture every day or 2-3 times a week. Make sure to use a wooden spatula to stir, and after stirring, cover the jar in the same manner as in step 3.

If any apple or apple scrap floats, use a glass plate and press them down. After three weeks, you will notice some bubbles and alcohol smell.

Finally, around the fourth week, you will notice that bubbles have reduced, and all the apples or apple scarp are at the bottom. It simply means that you have passed the first fermentation test!

Now, you have to remove the apples from the mixture. In this step, you need another glass jar and a new cheesecloth.

Now, cover the new jar with new cheesecloth and keep it in the same place for 3-4 weeks.

And same as during the first fermentation process, stir the mixture 2-3 times a week. You will notice a white scum floating on top or in the mixture, known as the mother of vinegar.

Mother of vinegar is very nutritious; you should skim it off and put it into a glass jar to use again during the first fermentation next time.

After two weeks, the vinegar flavor gets developed; it’s best to taste a bit and let it ferment until it reaches your desired taste of sourness.

Usually, in the fourth week, the apple cider vinegar tastes like store-bought vinegar.

Note: If you notice white scum in the mixture, then it is natural; however, if you see any other scum (green, brown, or black), it is a sign of bacterial infection. It means you have to start the whole procedure again! 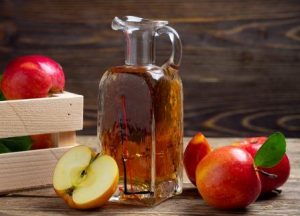 The last step is to store the apple cider vinegar into a new sterilized glass jar. (You can use the jar used during the first fermentation process but make sure to sterilize it again)

Also, ensure to tightly close the lid of the jar to prevent the entering of air. Keep the vinegar in the refrigerator; keeping it in a warm place will again start the fermentation.

How To Use Apple Cider Vinegar For Weight Loss

So, what are you waiting for, guys? Start making apple cider vinegar at home now! And please share your experiences in the comment box.