What Does Your Sleeping Position Say About You? 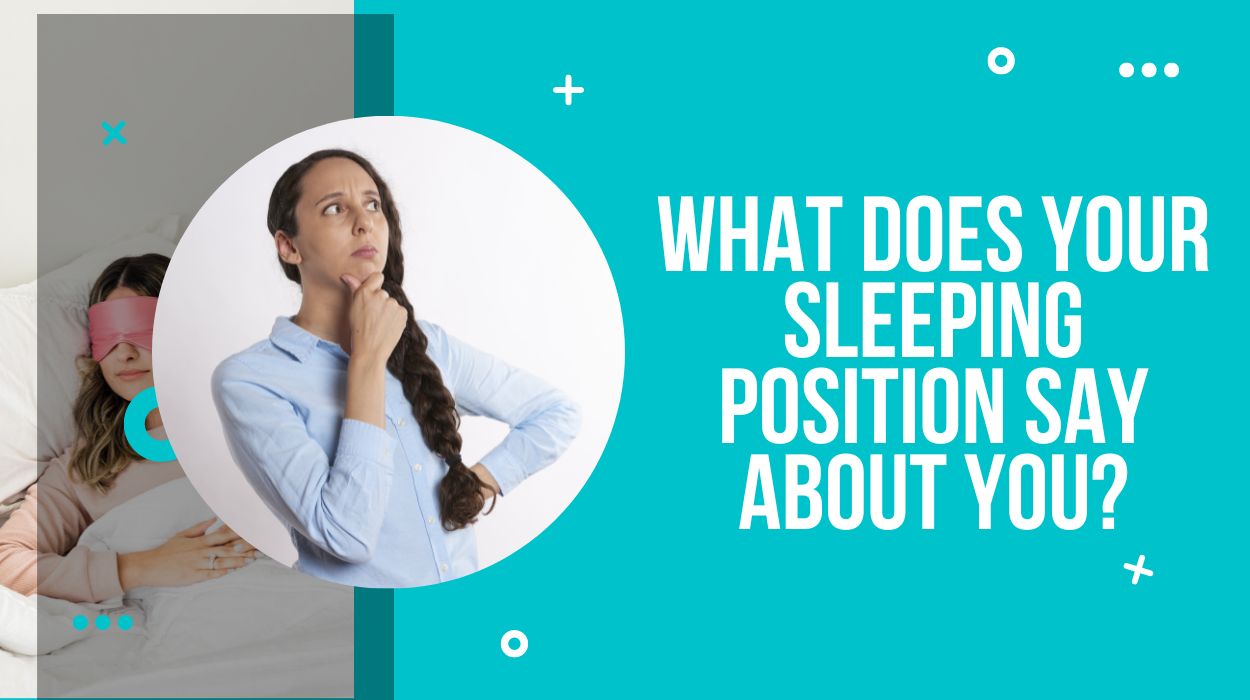 We all prefer sleeping in different positions as per our choices and comfort levels. These positions often work either in our favor or against us in terms of health and body benefits.

According to research, around 54.1% are side sleepers, 37.5% are back sleepers, while 7.3% are stomach sleepers. Have you ever wondered if your sleeping posture can say anything about you?

Well, you might be surprised to hear that researchers have done surveys and research in these sleeping positions. They have listed several character traits provided by people who sleep in similar positions.

If you are also wondering what does it say about you. Then you are at the right place because we have listed down all the sleeping positions and the personality provided by such sleepers in this article.

What Your Sleeping Position Says About You (Sleep Position Meaning)

Side position is also one of the most popular sleeping positions. Most people prefer to sleep in this position as it provides several benefits like less snoring, reduction in neck pain, and more.

Therefore the personality is also often different. As per left side sleepers, they are more into creative stuff. Meanwhile, people who often find themselves on the right side might be smokers and alcoholics.

Though you should know if you are a side sleeper, you might find yourself sleeping in a different place after a while. It might be due to aging or even a change in mattress as per the different types of mattress might react differently as per your body.

Even though these all might seem the same, personality and behavior are often indicated quite differently for all. Let’s look into these different personality traits: 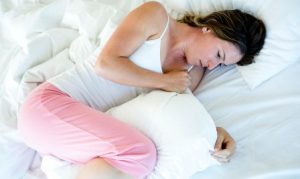 The fetal position, which is also portrayed as curling up like a baby, is one of the most popular sleeping positions. You will mostly find women sleeping in this position.

If you often find yourself sleeping in this position, you are seeking safety and comfort in your life. This position also indicates you are an unsuspecting or trustful person who is initially sensitive but tries to portray yourself as a tougher person but are usually sensitive and tend to look for comfort from people.

This way of sleeping seems quite similar to a baby inside a mother’s womb curled up.

The log might seem like another side position of sleeping. However, it is a bit different from the fetal position and provides other characteristics of sleepers.

Log sleepers can be described as emotional people and gullible due to their willingness to trust. 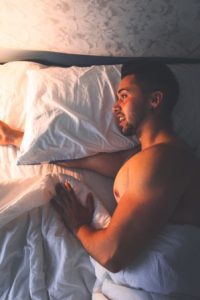 A yearner sleeper looks like they are reaching for something. Both arms and legs are outstretched and look almost like a log position. However, the arms are extended forward instead of side in the yearner.

Despite the similarities between log and yearner sleeping positions, there are different characteristics in both positions. A yearner sleeper might be suspicious and cynical.

They might find themselves questioning many things, and they may even turn out to be self-involved more than others. Though such people are quite motivated in their life and have a plan or standard, they work to achieve.

This assessment shouldn’t be taken too seriously as the research is not yet been peer-reviewed by other researchers. 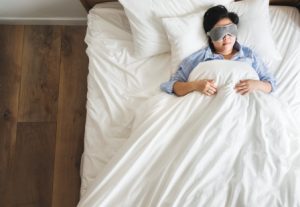 Sleeping on your back is another prevalent position for sleeping and the second most popular among people.

There are numerous benefits of sleeping through your back, like being less likely to generate neck pain; it can also make your spine, head, and neck stay in a neutral position.

People who tend to sleep in the back position are often very self-confident and are more sensation seeking, open, and often have high expectations from themselves.

Even though this is a constructive and good sleeping position, it might also provide some disadvantages such as issues like snoring. Also, this sleeping in your back position shouldn’t be used by pregnant women because the weight of your uterus can cause compression in the blood vessel.

Therefore, during pregnancy, women should avoid such positions. There are two ways people can sleep in the back position: starfish position or soldier position. 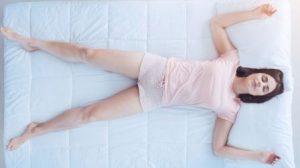 Starfish position usually means you tend to lie on your back with your legs outstretched from your body along with your arms up near the pillow. This position is scarce and probably the least popular sleeping position among individuals.

People who prefer this position value friendship a lot; they are very trustworthy, good listeners, always ready to help, and don’t prefer to be the center of attention.

But instead, they like someone else to take the attention and spotlight and like to be in their own way. Such people just want to see everyone around them be happy and can even be quite sensitive in their lives.

They often tend to care more about others compared to themselves. 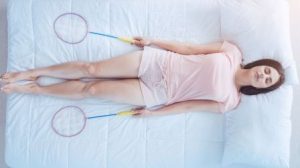 As the name suggests, a soldier position the sleeper tends to be as straight as a soldier usually stands. The arms are straights of both sides, and the legs are not bent of your body.

A person who sleeps in this position is considered reserved, strict, meticulous, and often holds high standards for themselves. This position may also suggest you are someone who takes life seriously.

As a soldier, you accept your every move very carefully is pretty strong and focused in your life. 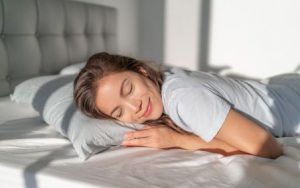 Stomach sleeping is considered probably the least common position to sleep on. It isn’t an ideal position for health benefits as well. Sleeping on your tummy can lead to neck pain and can be especially harmful to women who are pregnant.

Even though it isn’t the most common position, some people do prefer to sleep this way. People who like to sleep in this position are usually very impulsive, anxious, rigid, and compulsive.

However, these traits of being nervous and flighty are something they don’t really like to showcase in their daily life. Instead, stomach sleepers might come across as quite adventurous, free-spirited, and risk-takers people.

Such people might want to live their life to the fullest by enjoying every bit of it, even though the personality might come across as both good and bad at some point.

This kind of position isn’t really quite recommended for people as it can generate significant neck and back issues since the body isn’t aligned, and the spine can often face pain and aching problems.

However, researcher Idzikowski has a different perspective in terms of stomach sleepers, particularly with people who sleep in freefall positions.

The sleeper in freefall position has their head turned to a particular side and their hands either around or on their pillow. According to Idzikowski, freefall sleepers can be considered as very amicable and often social butterflies.

Such people love to go out and interact with others. They love to be the center of attention and like it when everything is about them or revolves around them. At times freefall sleepers might come across as brash.

They also don’t want to be criticized by others and may be insecure at times on the inside.

1. What do pillow-hugging sleepers suggest?

A pillow-hugging sleeper indicates they are fun-loving people and spend more time and attention on relationships, family, and friends.

2. What is analyzed as the best position for sleeping every night?

The side and back positions are considered the best position for sleeping every night. It helps you provide several health benefits like a decrease in back and neck pain along with letting your body be aligned.

3. What is acknowledged as the correct way to sleep?

There isn’t a correct way to sleep as everyone is different and prefers to sleep in various positions as per their comfort levels. However, sleeping inside is considered the most beneficial in terms of health and body.

What Is The Best Sleeping Position?

How Your Mattress Could Be Negatively Affect Your Sleep?

People often like to know about their personality, and through an individual’s actions, you might find out many things about yourself.

In some cases, the characteristics of an individual might turn out to be true. Here we have mentioned all about the features and personality of an individual sleeping in a particular position.

However, these indications might not always be accurate for everyone; therefore, you shouldn’t take them too seriously. Especially in terms of sleeping positions because we often find ourselves changing our positions after a while.

Tell us in the comments if you have any doubts regarding these sleeping positions.

How To Increase Strength? (Ultimate Guide To Getting Strong)