Thyroid hormones: types and functions in the human body 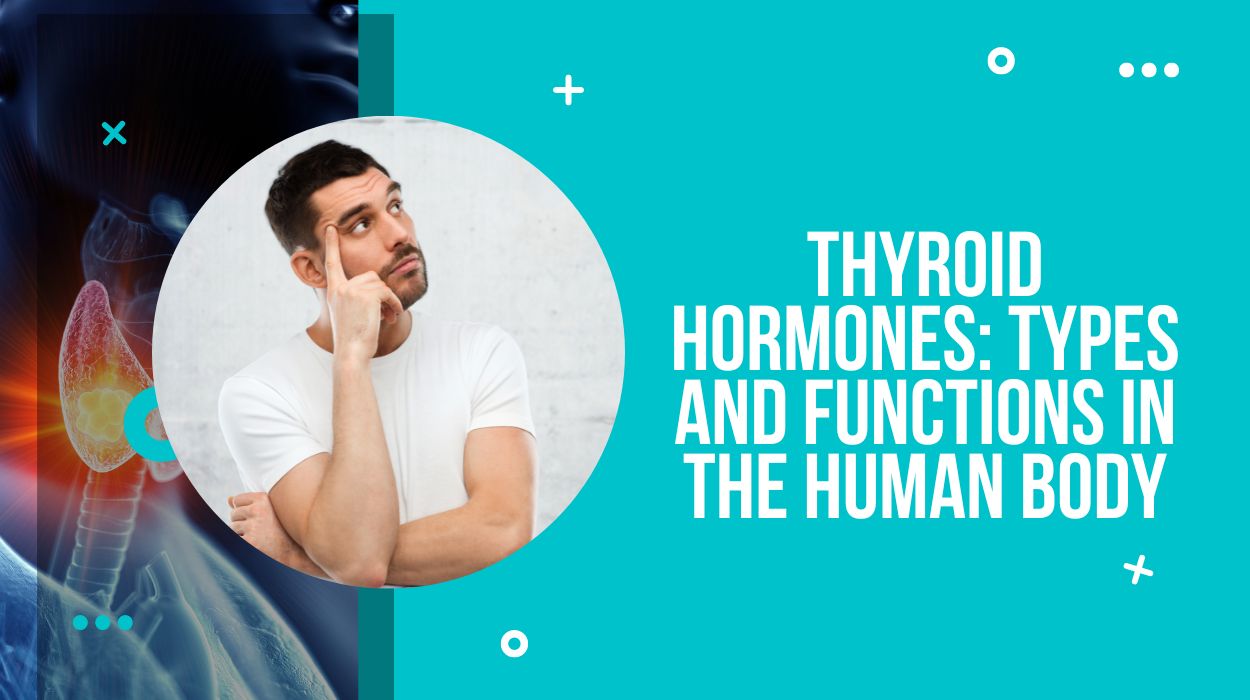 The endocrine system is made up of all those glands and hormones that act in our body. Hormones have a very important role in regulating basic physiological processes; in addition, they are also especially related to emotions.

In this article we will talk about thyroid hormones,a type of hormones synthesized by the thyroid gland and involved in metabolism. We will know its origin, its characteristics and its functions. In addition, we will discuss two important alterations that occur in the thyroid: hyperthyroidism and hypothyroidism.

Thyroid hormones are a type of hormones secreted in our body, and with important functions. Specifically, there are two: thyroxine (T4) and triyodothyronine (T3). These hormones are produced by the thyroid gland, a very important gland that regulates the metabolism of the body.

Metabolism, on the other hand, is involved in the processes that control the rate of activity of different cells and tissues, and encompasses a number of biological and chemical changes that occur continuously in the cells of our body.

Thyroid hormones are based on tyrosine (one of the 20 amino acids that make up proteins). Specifically, thyroid hormones are amnica hormones, along with other hormones: adrenaline, norepinephrine, melatonin and dopamine. Interestingly, these latter substances are in turn neurotransmitters (within the Central Nervous System [CNS]) and hormones (outside it).

But how do amnica hormones work? What they do is they bind to the cell membrane receptors, initiating a chain reaction in the cell. Let’s look at the characteristics of the two thyroid hormones:

Thyroxine was discovered and isolated in 1910 by Edward Calvin Kendall, an American researcher. Specifically, he oused this substance from the thyroid of pigs.

At the level of functions, thyroxine does mainly stimulate the body’s metabolism,in addition to participating in other processes. It is important, for proper functioning, that thyroxine levels are adequate and balanced, as too high or too low levels can cause alterations throughout the body.

The second of the thyroid hormones, triyodothyronine, was discovered 42 years later than thyroxine in 1952 by Jean Roche, a French biochemist.

This hormone also plays a central role in the control and regulation of body metabolism. What it does is stimulate the metabolism of carbohydrates and fats, through the activation of oxygen consumption.

In addition, triyodothyronine is also involved in different body physiological processes, such as growth, heart rate and body temperature (same as thyroxine). Finally, another function it performs is to degrade proteins within cells.

Where do thyroid hormones come from?

Further concrete, adenohypophysis manufactures the hormones, which in turn act in the glands; they produce the different hormones in the body. This is what happens with thyroid hormones: they are synthesized by the thyroid gland, which in turn receives signals from the adenohypophysis (a part of the hypothalamus, the anterior part).

The thyroid gland, or thyroid gland, is the structure that secretes thyroid hormones (actually, it is an organ). This endocrine gland, which is shaped like a butterfly, is located in the area ofthe neck, just above the collarbone and under the walnut.

It is not a very large structure, and weighs about 30 grams. The thyroid plays an essential role in our body’s metabolism as well as other body functions such as body temperature. In addition, its condition and functioning are closely related to our health status.

Functions in which the thyroid gland is involved, through the action of its thyroid hormones, include:

There are two important alterations in the thyroidgland, which affect your thyroid hormone secretion: hyperthyroidism and hypothyroidism.

Hyperthyroidism consists of high secretion of thyroid hormones; specifically, it secretes too much thyroxine. That is, the thyroid becomes overactive and as a result, the body’s metabolism is accelerated.

This causes significant weight lossas well as rapid and/or irregular heartbeats. It is related to symptoms of overactivation and mania (manic episodes of euphoria and overexcitement). Other common symptoms include irritability, mood swings, fatigue, muscle weakness and trouble sleeping.

Hyperthyroidism affects women more often than men. Another particularly affected population is people over the age of 60.

Its causes may be diverse; the most common cause is Gave’s disease,a type of autoimmune disorder. Other possible causes include thyroiditis, excessive iodine consumption, or thyroid nodules.

Hypothyroidism would be the opposite alteration; involves poor secretion of thyroid hormones. Specifically, the thyroid does not secrete enough thyroxine to be able to develop the functions of the body normally.

This involves alterations in metabolism, which is deficit; thus, the person with hypothyroidism has a weight gain (easily fattens), and also develops depressive symptoms, fatigue and swelling in the face, among others. Hypothyroidism, like hyperthyroidism, affects women more than men.

There may be several causes of hypothyroidism; among them, there is a genetic form called “hereditary bocious cretinism”, in which thyroid hormone deficiency causes severe growth retardation, facial malformations, alterations in sexual development and a decreased brain size and number of synaptic connections. This deficiency of thyroid hormones also causes an intellectual disability.

Effect of caffeine on Sports performance