NIPT Test | What is the cost of NIPT Test in Pregnancy? 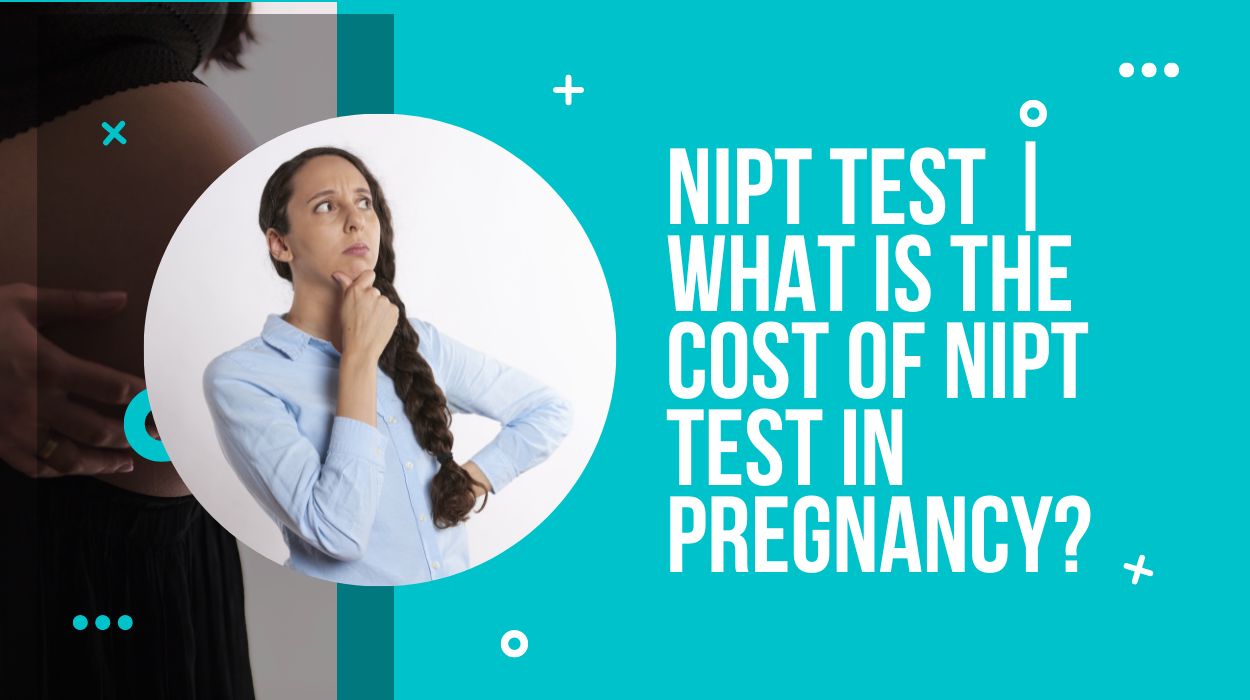 For a pregnant woman, the most crucial thing will be that the kid growing in her womb should be healthy. While this cannot be promised, you can check that your kid does not have any chromosomal defects. The test that is used to check this is called Noninvasive Prenatal Testing (NIPT).

What is the cost of taking a NIPT? What are the types? What will be the benefits of taking one? If these are the questions running through your mind right now, then you are at the right place. In this article, we shall answer all your questions and help you arrive at the approximate amount you will have to spend to undergo a NIPT test. 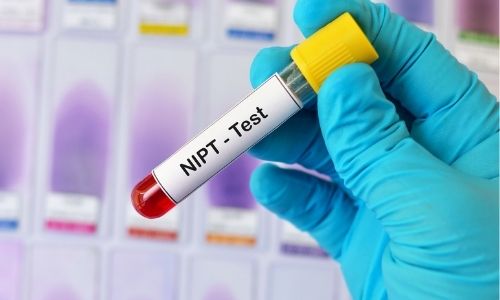 NIPT, or non-invasive prenatal test, is a blood test used to examine the fetal DNA found in the mother’s blood and check if it has any genetic defects. The NIPT test is an important way of recognizing if the baby has any chromosomal disabilities like Down syndrome, Edwards syndrome, and patau’s syndrome.

The NIPT is just a screening test and not a diagnostic test; that is, it can only tell you if the rika of a genetic disorder is high or low; based on the results of the test, further testing takes place.

Who Can Take the NIPT Test? 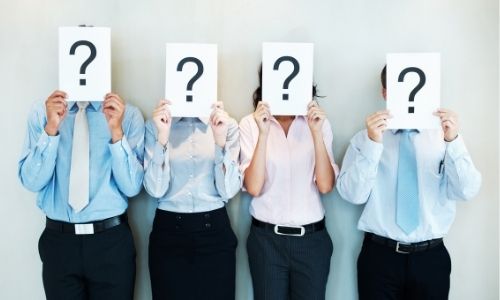 Any pregnant woman can take the NIPT test anytime after the 10th week of her pregnancy to ensure that there is enough of the fetus’s DNA available in her blood.

Though all pregnant women can take the NIPT test to ensure their child’s health, it is not compulsory and can be taken after consulting a gynecologist. But for some women, the NIPT tests becomes a necessary test to be taken they are-

Women in a high-risk pregnancy, i.e., in cases where the mother is more than 35 years of age.

A pregnant woman should undergo the test if she herself or her husband has a family history of chromosomal disorders.

For pregnant women whose serum screen results have come positive

When invasive prenatal testing is not possible due to the risks of a miscarriage, placenta prevails, HBV infection, etc.

A pregnant woman who has had an unusual ultrasound detection.

If any of the above situations fits you, you should discuss taking the NIPT test with your gynecologist.

How Much Does a NIPT Test Cost? 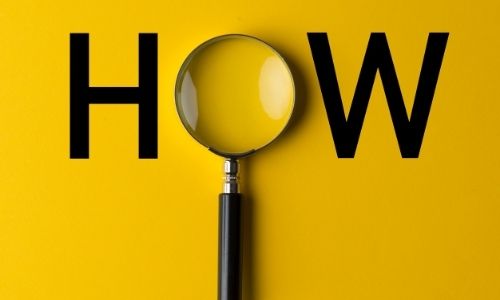 The cost of undergoing a NIPT test can range between 15,000 to 25,000 rupees in India. This cost is highly variable as it depends on the gynecologist you are in consultation with, the region where your hospital is located, and so on. You cannot order the NIPT test on your own; it will have to be bought by your gynecologist, who will take the blood samples. Your gynecologist will then send these to the lab for testing; hence between you and the test, there will be some costs involved.

Before you undergo the test, your gynecologist will sit down with you and make you understand the reasons why you should undergo a NIPT test, what the procedure is, and how it can benefit you and the baby.

As mentioned before, the gynecologist can only buy a NIPT test; hence after the gynecologist buys the test and collects the blood samples, he/she/ they will have to send it to a laboratory for testing. Many hospitals have their own laboratories where NIPT testing can occur, but small gynecologists clinics dont have that option; hence they will have to send it to a lab for testing. Your cost will fluctuate based on this, as a hospital with its own lab can prove a bit cheaper than when the tests have to be sent to an outside laboratory.

Previously when NIPT testing labs were not available in India, the samples would have to be sent abroad; some clinics might still want to send your samples to a laboratory located outside of India; this will increase the cost of your testing drastically as the costs will now range between 50,000 to 80,000 rupees.

After you undergo the NIPT tests, the results will take around 7-8 days to be generated and will be sent to your gynecologist. Your gynecologist will then disclose the test results to you.

If the test comes out positive, you will be asked to undergo more tests to determine your fetus’s condition and take further action. If your test comes out negative, then you may be asked by the gynecologist to undergo further tests or not; this is based on what the doctor thinks your condition is. The post-consultation session is usually free in most clinics, but some gynecologists may charge you between 500 – 1000 rupees for their time. 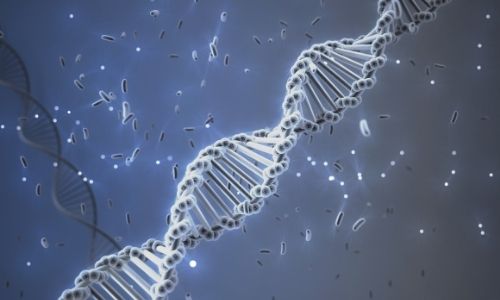 A polymerase chain reaction-free sample is prepared for the genome-based sequencing test. The whole-genome sequencing has fewer chances of failure than its targeted counterparts or array-based platforms. 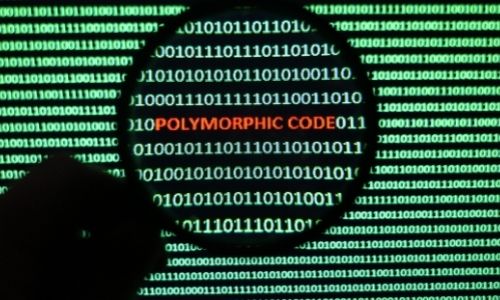 Single nucleotide polymorphism (SNP) is the genetic variation among individuals. This technique is used to determine the difference between the mother’s DNA and the fetus’s DNA and the relation between the variation in genetic doses. This is used to infer a copy number. The prenatal cell-free DNA is then amplified by PCR by using specific SNP targets. These targets are then sequenced, and the allele distribution of both the mother and the fetus are determined. This is put into an algorithm that then determines the abnormalities in the expected allele frequencies. 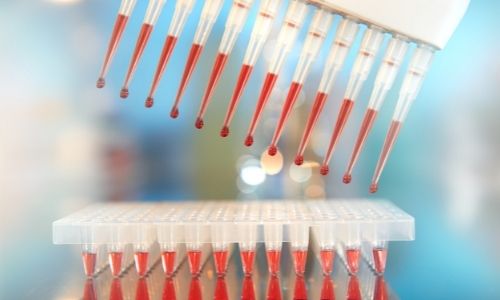 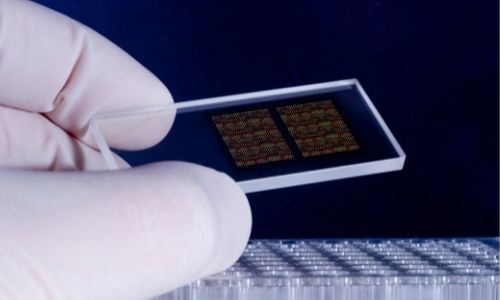 In this type of non-invasive prenatal test (NIPT), an assembly of microscopic DNA regions attached to a solid surface is used. This is known as a microarray. The prenatal cell-free DNA are amplified by PCR and then tagged with a fluorescent probe and then bound to complementary sequences of the NIPT microarray. The binding position and the light intensity indicate the relative amount of DNA and also the presence or absence of the target. If deviations are found in the expected counts, this will point towards an aneuploidy.

Though NIPT is the only non-invasive method that is 100 percent safe for the mother and the fetus, it is a screening test and will not be able to tell you the condition that your baby may suffer from. It can only tell you the chances of developing a chromosomal disorder – high or low. Hence there are other tests that can help you get an even clearer picture. They are- 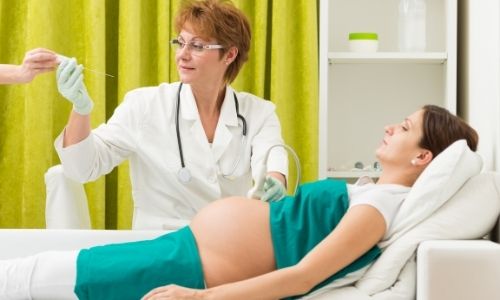 Amniocentesis is a prenatal diagnostic procedure that will help diagnose any chromosomal abnormalities and fetal infections. In this process, a small amount of the amniotic fluid is extracted from the amniotic sac. This fluid will contain fetal tissues which are tested. Amniocentesis carries a small risk of causing miscarriage. The cost of undergoing this test can range from 5000 to 20000 rupees.

In the Chorionic Villus Sampling prenatal diagnosis technique, a needle is inserted into your womb and guided towards the placenta, guided by the image on the ultrasound scan. A syringe is attached to the needle; this needle is used to collect sample cells from the chorionic villi, which is then tested. CVS also has a risk of miscarriage and can cost between 10,000 to 30,000 rupees.

The Cost Of Allergy Test In India

Does the Test Pose Any Risk to the Mother or the Baby?

No, the test is entirely safe for both the mother and the baby; it just involves a blood test and no additional procedures, so you can rest assured that there will be no harm caused.

What Happens After a NIPT Test?

The NIPT is a diagnostic test; hence based on the test results it will be decided if further testing is required or not.

What Type of  Sample is Required While Doing this Test? and What is the Accuracy of  NIPT?

Only blood samples from the mother will be required for undergoing a NIPT. The blood samples are collected after 10 weeks of pregnancy to ensure the presence of the fetus’s DNA. the accuracy of the test is 99%

Being told to undergo a prenatal test can cause confusion and panic for a pregnant woman, but these tests are necessary to determine the health of your child. We hope we made this process easier by listing out the cost you may incur while undergoing the NIPT, the miscellaneous costs associated with the process, and the other options you can consider with your doctor’s approval. Let us know in the comments which point you found to be the most helpful.

8 Benefits Of Aloe Vera On Skin

How To Use Castor Oil for Hair for Hair Growth?