How Long Does It Take to Lose Muscle Mass 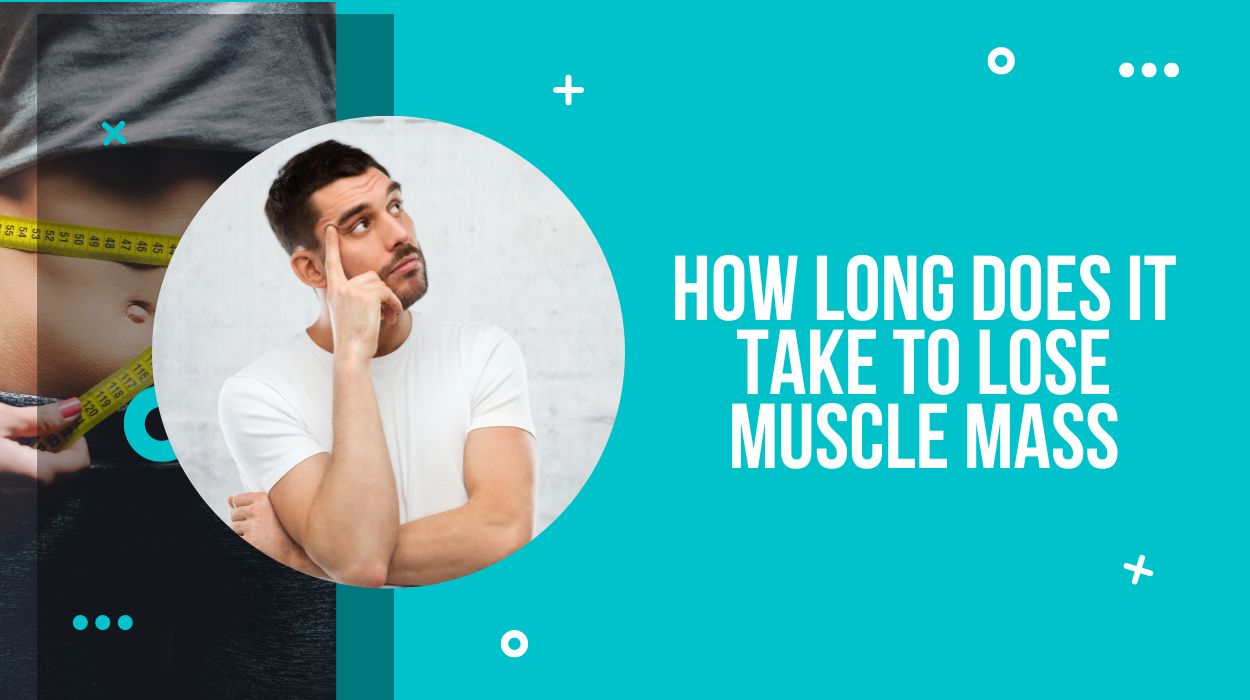 Currently, the gyms are closed, and many athletes are afraid to lose their muscle mass. Of course, you have worked hard for this and put a lot of time and energy into this, so it would be a pity if you lose some current situations. Hardly anyone can train the way they used to. Maybe you can still train at home with some weights or rely on bodyweight exercises because you have no weights in the house. Not ideal, of course. But how quickly do you lose muscle mass? And you’re going to lose your muscle quickly?

When you’re used to spending normal hours a week in the gym, it can come as a blow that the gyms are now closed. You’re often in a rhythm of fitness, and that’s falling away now.
The question: ‘Am I going to lose (part of) my muscle mass because of this?’ will probably have already gone through your head. What’s going to happen next?

How long does it take you to lose muscle?

Exactly how much muscle you are going to lose during this time depends on several factors. Like your training level, gender, age and how long you’ve been training.

For example, experienced strength trainers, who are used to training 5 to 6 days a week for longer than a year, will eventually lose less muscle strength. Also, you fall into this category if you train less often per week but consistently for several years.

People who do not fall into this category, like experienced trainers, will see a decline in their muscle strength after about 3 weeks. However, non-experienced strength trainers are more likely to lose more of their progress when they do not train.

There is no major difference in muscle strength between men and women in the same age group. However, this study found a group that was completely back to scratch after 6 months of not training. These were the older women, and they lost all their progression after 6 months.

How quickly do you lose muscle mass?

Your eccentric power is deteriorating a little faster than the rest. This is already affected after you have not trained for 2 weeks.

Also, sports-specific muscles (the muscles you use almost alone during exercise) are more likely to deteriorate because they are not used in everyday life.

It is therefore advisable, when possible, to continue to do the minimum so that you maintain your condition a little. For example, you can buy a good cardio device to stay at home and train.

How quickly do you lose muscle mass? After about 3 weeks, the decline begins. This means that a short break from training is not a big deal. If you have to take a short break from training due to, for example, an injury or holiday, there is nothing to worry about. This can even have advantages because it gives your body the chance to recover from your workouts fully. Read more about this in this blog about the importance of rest in fitness.

In addition to training, nutrition plays an important role in maintaining muscle mass.

Also, it is important to keep eating healthily. Eat enough fruit and vegetables to make sure you get all the vitamins your body needs.

At the moment, chances are you can’t train as hard as you used to. As a result, it’s not the best time to lose weight.

When you normally lose weight, you lose some muscle mass. This is, unfortunately, inevitable. This is because you have less energy and you can lift less heavily after a while than before. When dry training, you create a calorie deficit.

If you don’t have the opportunity to train so hard in the beginning, chances are you’re going to lose a lot of muscle mass unnecessarily. Your body will not have enough energy or stimuli to maintain your current muscle mass. That’s why for now it’s best to eat around your calorie requirement and postpone losing weight.

You may have heard of it, muscle memory or in Dutch muscle memory. This sounds a bit misleading because your muscles don’t really have a memory.

If you haven’t trained for a while, you’ll lose quite a bit of muscle mass and strength. Fortunately, after this, it’s a lot easier to get back to your old level where you were when you had to stop than it was the first time to get there. This is due to two things that will get you back to your old level faster.

First of all, your brain will help you. When you learn a new movement like the Deadlift or the Squat, this movement is stored in your brain. The more you do this exercise, the more efficient and better you will become in it.

Even after a long time, not training, you do not forget this. So when you start training again, you don’t have to teach yourself the exercise again. This is the same process that prevents us from learning bikes!

The second process that’s going to help you is in your muscle cells. When you start exercising, your muscles eventually become stronger, and this happens partly because more myonuclei develop in the muscle cells.

It was long thought that after a while, these did not die after training and you had to develop it again when you started training again. However, this is not the case! The vast majority of myonuclei stay in your muscle cells, even if you’re not exercising.

When you start training again, creating these cells can be skipped, and they can then start working again. This will help you regain your muscle mass and strength faster. [5]

So how quickly do you lose muscle mass and strength?

I told you more about the effect of not exercising on your muscles and strength. How quickly do you lose muscle mass and muscle strength? Check out the brief conclusion of scientific research below:

The effects of detraining on power athletes – PubMed (nih.gov)

All About Antioxidant For Skin And How They Work