Anatomy and Function of the Heart’s Electrical System 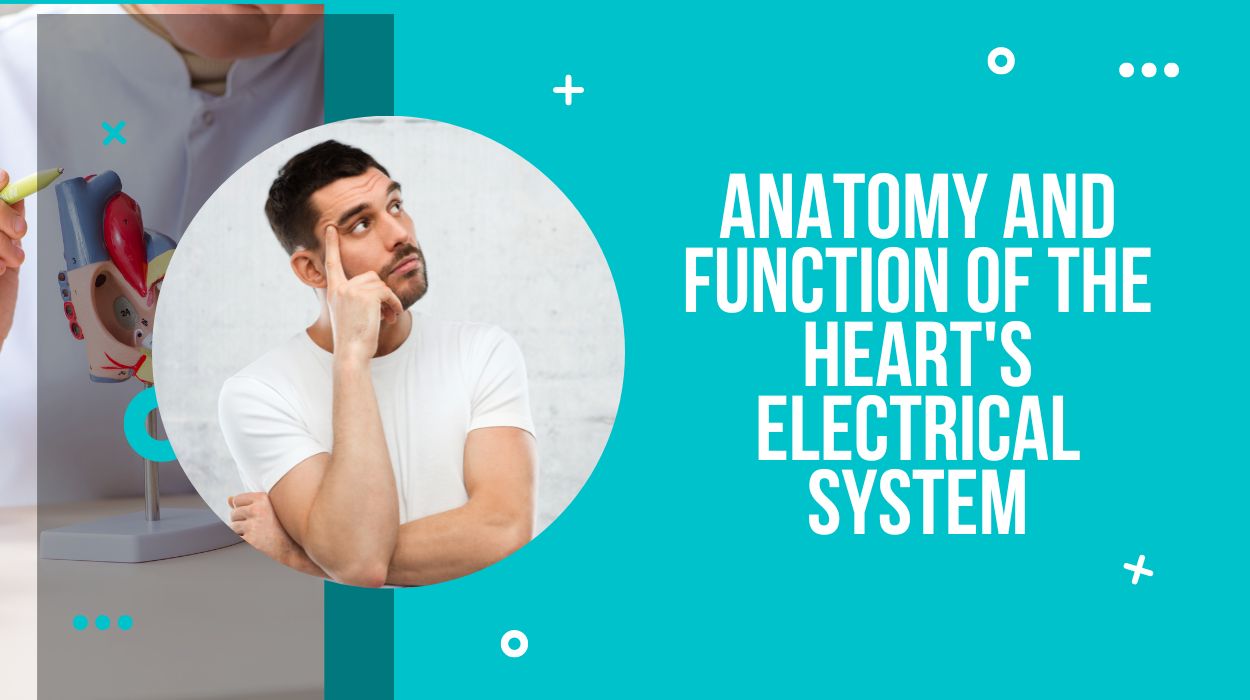 Have you ever wondered how your heartbeats? For the heart to beat and pump blood into the different parts of our body, it operates through the heart’s so-called electrical conduction system.

This article will briefly explain what the human heart is like and how it works, what the electrical conduction system of the heart consists of, and how it operates. Finally, we will talk about arrhythmias, an alteration that occurs when this system fails.

Before we talk about the heart’s electrical conduction system and how it works, let’s briefly explain what the heart is and what its functions are.

As for its characteristics, the heart is a hollow muscle organ. It works like a pump, propelling blood through the arteries, to distribute it throughout our body. Its size is that of a fist, and its weight is between 250 and 300 grams (in women) and 300 and 350 grams (in men). That’s about 0.4% of our body weight. At the anatomical level, the heart is located in the chest cavity centre, between the lungs.

Thus, the heart is the pump of muscle tissue, which pumps blood through the body. On the other hand, the heart’s electrical conduction system coordinates the contraction of the different chambers of the heart.

Structures of the heart

What structures are part of the heart, and therefore the electrical conduction system of the heart? These are 4:

More specifically, it is a system that allows the impulse generated by a node of the heart, the sinus node, to spread and stimulate an important heart muscle, the myocardium. In this way, the latter contracts.

Thus, this system involves a series of coordinations of the myocardium, which cause the heart to contract effectively, and, as we said, the blood is pumped throughout the body.

It could be said that the synod-articular nodule is the natural pacemaker of the heart. This module also receives other names, such as sinus node, Keith and Flack nodule, or heart pacemakers. At the anatomical level, the SA is located at the top back of the right atrium of the heart, right at the upper vena cava entrance.

As for its characteristics, it is the largest cardiac pacemaker, and its shape is oval. In this nodule, the electrical impulse is born, which moves and spreads through the atria. It does this through pathways called internodal pathways, causing the atria to shrink.

In healthy adults, the sinus node discharges at a rate of 60 pulses per minute (60 contractions per minute); that is, an electrical stimulus is regularly generated between 60 and 100 times per minute.

That’s when the electrical impulse reaches the next nodule, the atrioventricular nodule (also called the Aschoff-Tawara nodule). Its size is 40% of the size of the anterior nodule, the sinus. It has an oval shape and is located on the right atrium’s left side, specifically in the atrium septum structure.

Most often (in 90% of cases), the atrioventricular nodule is irrigated by a branch located in the right coronary artery. This nodule has two types of innervations: nice and parasympathetic.

In the atrioventricular nodule, the electric pulse (or electric wave) is paused for less than 1 second (specifically, for 0.13 seconds).

After this pause of electrical impulse in the atrioventricular nodule, this impulse spreads through the His Beam, a beam of fibres that acts as a bridge between the nodule and the ventricles’ branches.

This Beam is divided into two more branches: the right and the left. Another division appears on the left: the left fascicle, the posterior left fascicle, and the middle or septal fascicle. Since the latter fascicle, the electrical impulse is distributed to the ventricles, through Purkinje fibres, which allow ventricular contraction.

We have talked about how the heart’s electrical conduction system works under normal or healthy conditions, that is, when our heartbeats normally and different parts of the body receive the pumping of blood normally.

But what happens when there is a malfunction? Then there are situations or phenomena such as arrhythmias.

An arrhythmia is a heart rate or heart rhythm disorder; in these cases, your heart may beat faster than usual (so we’re talking about tachycardia), make it too slow (bradycardia), or do it irregularly.

That is, arrhythmias involve abnormal heartbeats of our heart. Arrhythmias themselves may not be harmful, although they are sometimes signs of underlying problems or imminent danger to our health.

When and why do arrhythmias occur? They can occur in different cases and situations. The three most common are:

As we can see, when the heart’s electrical conduction system fails, arrhythmias may appear. But what symptoms do this disorder cause or alter the heart rate? Mainly arrhythmias produce 4 symptoms: feeling short of breath, dizziness, fainting and palpitations.

To evaluate this problem, we use an electrocardiogram (ECG), which allows us to determine and analyze our heart’s rhythm. An ECG consists of a painless examination that records electrical cardiac activity, through different electrodes placed in the chest.

Sometimes, when the electric rhythm is not normal, medication or surgery may even be needed. A specialist doctor should always be used to evaluate and treat our case.

Is Peanut Butter Good for Your Health?

10 Reasons to invest in a mattress protector